John was equally impressed. As we approached the first cave, the park authorities have cunningly placed three inoffensive, life-size models of cave dwellers – a little nuclear family – going about their prehistoric business in their Neolithic home.

“Well,” he said, rubbing his jaw in amazement, “I never realised they were that artistically advanced in 2,000 B.C.”

“No sir,” said the guide. “These are just models. The paintings are up on the ceiling of the cave.” 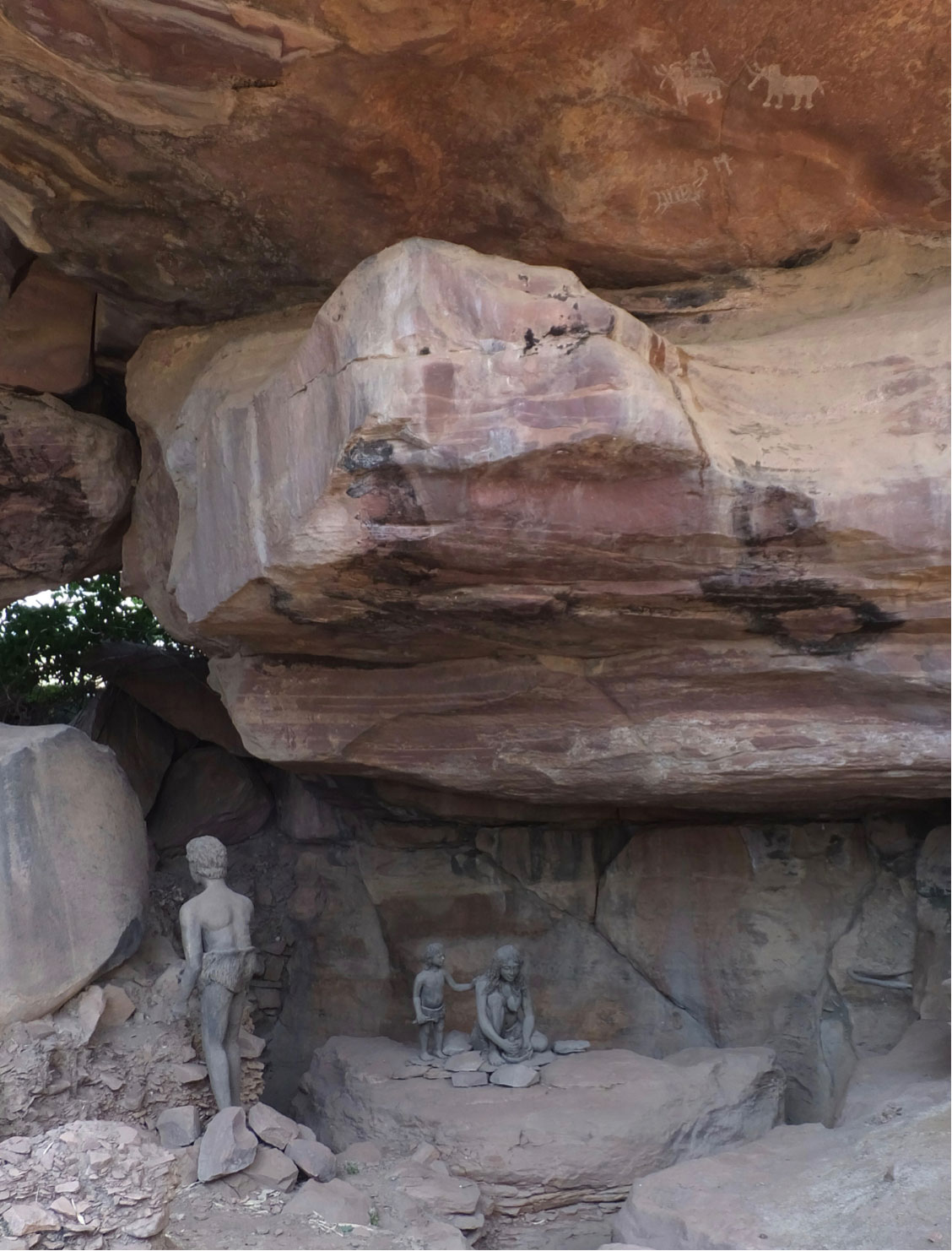 So we saw paintings of animals dating from 10,000 B.C., and later paintings depicting the horse (a much later arrival in the area), men atop an elephant, men riding horses, holding spears, and people dancing in a long line while someone else plays the drums. So next time someone dragoons you into a long line of twazzocks gooning along to the fucking Birdie song, lighten up, have another Sangria, and remember that the urge to conga comes from a deep and rich place in our Jungian memory.

So here are some snaps. 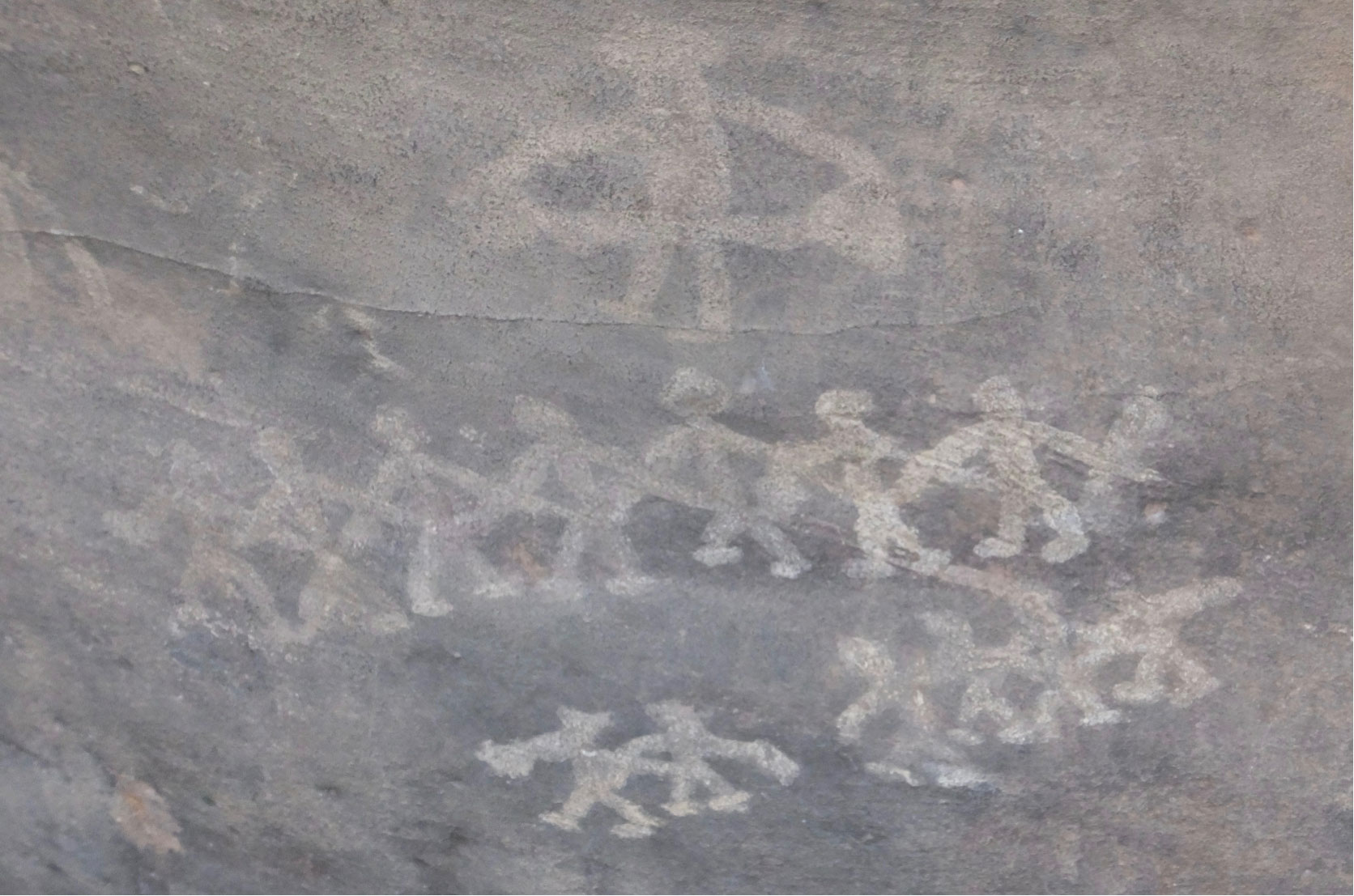 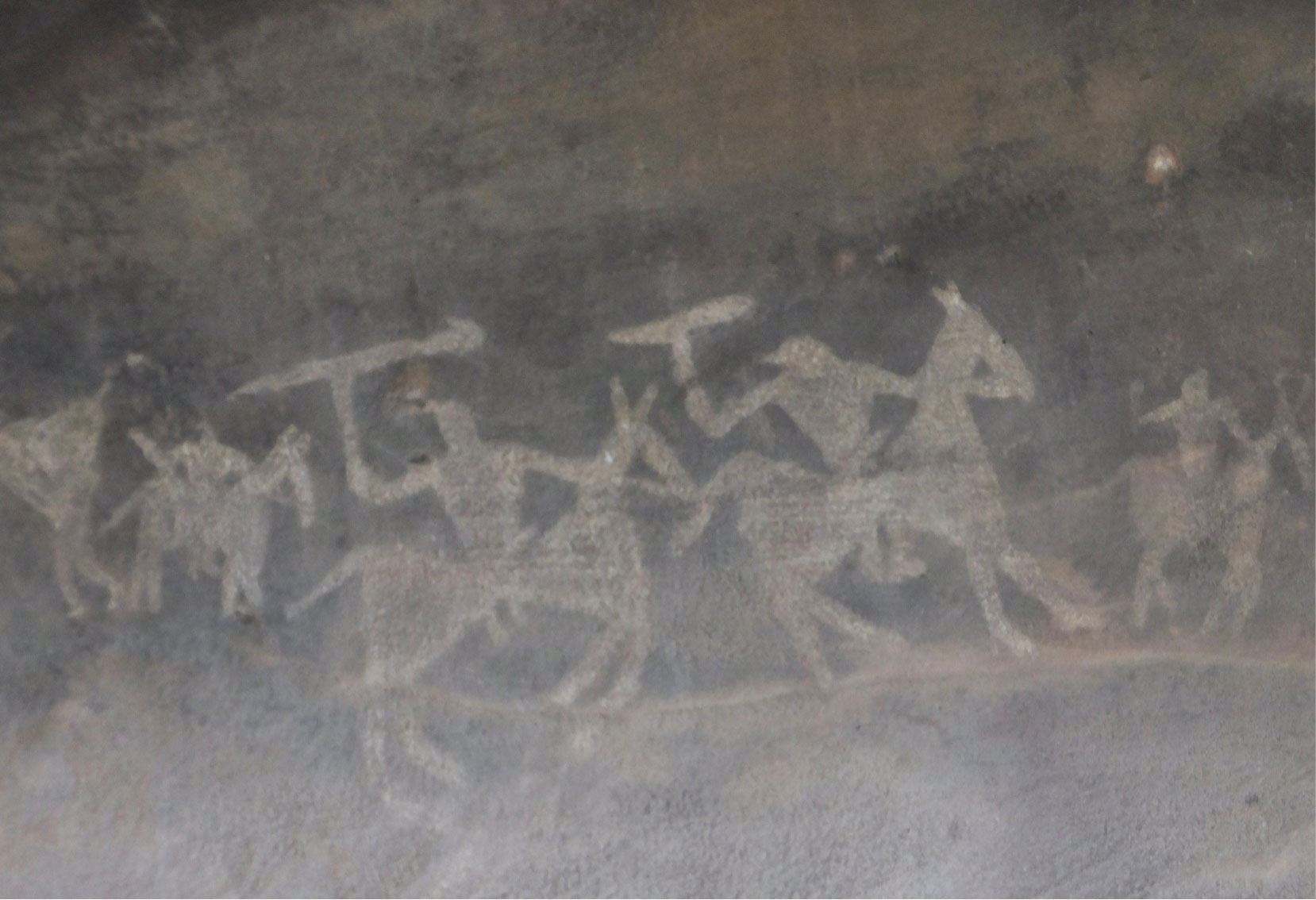 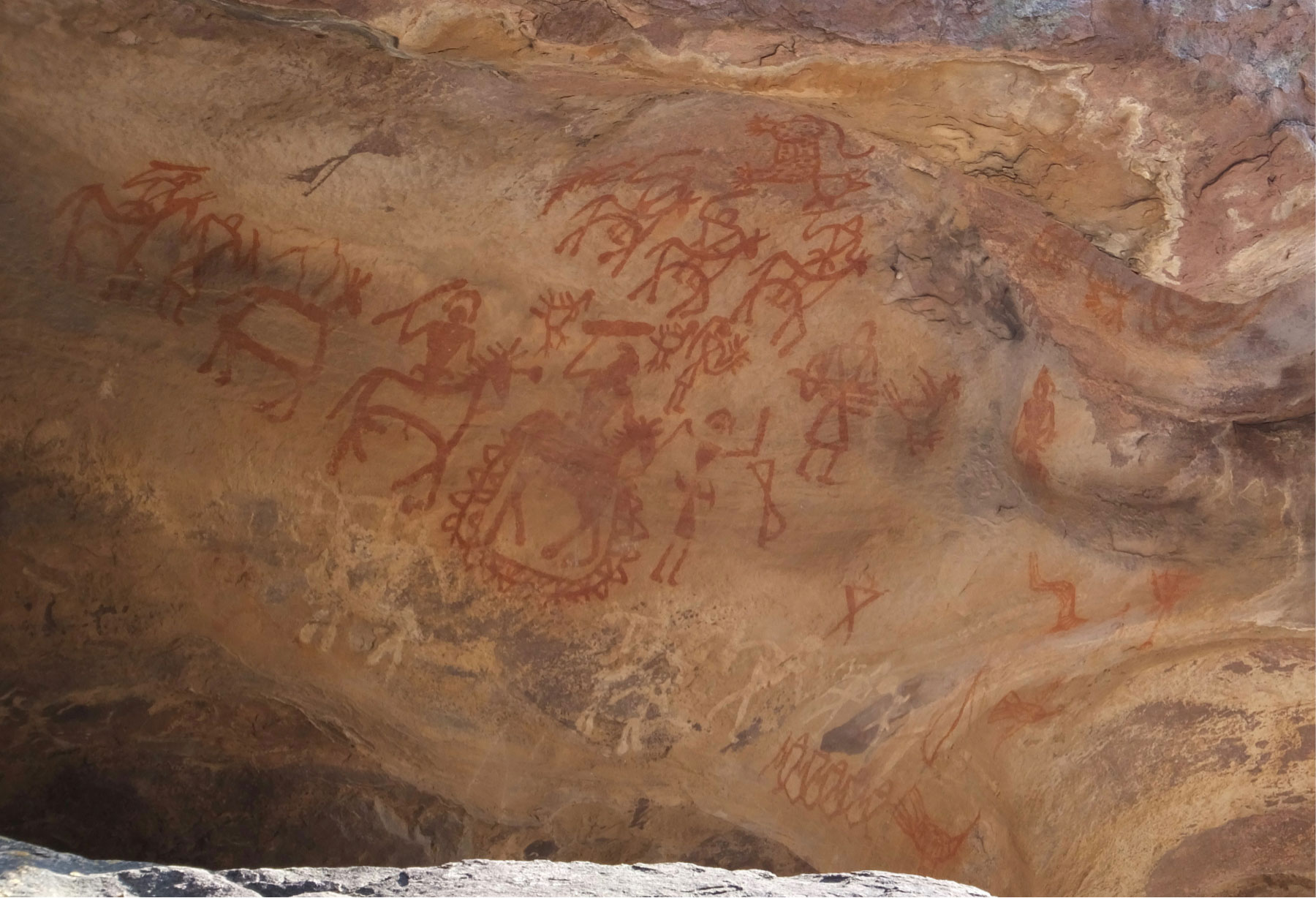 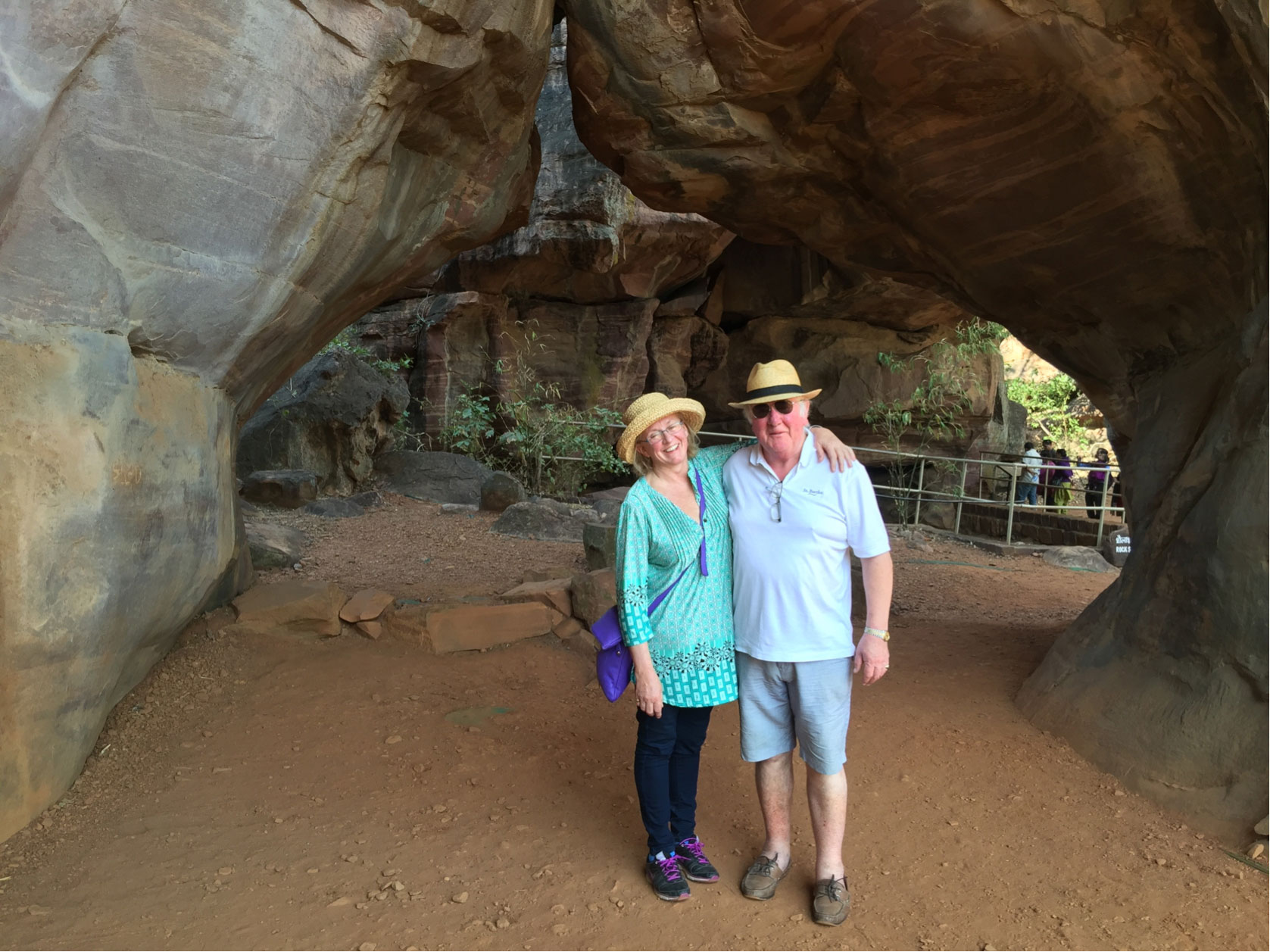 So happy to have left Gwalior. Moi with the twazzock who thought the life size models were the masterpieces of some Neolithic Rodin.